I’ve been testing out this service on squarespace.com, its a 14-day free trial (no credit card number required for the trial), at the end of which, I can either opt to continue, but if not, then all this will simply be deleted. Too bad – just when I start falling in love with the flexibility and simplicity of all this. I could very well ask my dad for this as a birthday gift – but hen I’d have to explain. Too much work. Unless there’s some other way to pay for this? Anyone know?

Ah well. If you actually checked this out, then congrats, you’ll be one of the few to witness what I spent the majority of the last day of my holiday on. It’s not much but I still had fun.

Now back to the tedium of architorture.

I had my last exam today, it was Land Surveying. I read through everything a zillion times, paying close attention to engineering and construction surveying and GPS. The first two parts of the paper were easy peasy, i finished it in less than 20 minutes.but then i turn the page and read question # 3, and all my hopes of an A start flying away….
doesn;t help that i think question 4 was faulty, but when i tried to ask sj he said it was right. ok then…
anyways i’m done with my exams,
but
i still have homework can you believe, even when the semester is over. which we’re gonna do on friday.
this is for a non-credited course. huh.

my parents came back from umrah today. my dad is flying off to sudan tonight. a waste of time i you ask me, flying from saudi to malaysia and back that way to sudan. but he needed to restock his clothes and get some stuff from his office..

so i edited my blog design…probably gonna be tweaked/revamped again sometime soon. have the ideas, but not the time/patience and/or skills! 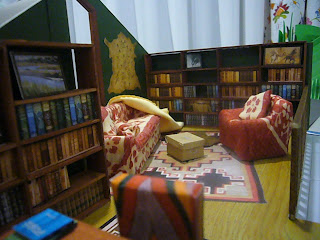 I’ve been very jumpy and nervous all week long, well last week since its monday. even today. i had to present my project and i wasn’t really prepared, i knew what i wanted to say but i didn’t get a chance to rehearse all of it in my head or arrange all the points into a nice flowing explanation. ah anyway. the lecturers said my design was good, and they seemed to really like it, so thats a relief.this is my project. for more pictures go to my facebook account. i watched atonement on friday even though i was supposed to be working on my project>_>. but in lieu of the events of the day i felt i deserved a break and it was so worth it, the movie was really really good! i don’t like keira knightly but saoirse ronan and james mcavoy were brilliant. ilham was going on and on about her james, but i was really impressed by saoirse, she’s really good for someone so young and very pretty in a light, watery blue eyed way. even though the movie was slow it added to the whole feel, kinda artsy and emotional. one of the parts which impressed me most was the scene at the beach, it was like a whole 4.5 minutes of winding through the beach in a single shot, no cuts. that was some feat. according to imdb.com it took under 5 takes, so its even more impressive they were able to synchronise everything. if you’ve watched it then you know how difficult that must’ve been.

on saturday after watching the movie we had another adventure, this time involving aziza’s padlock v3.0. see, aziza had a padlock, the supposedly super security ones. but then for some reason it refused to open so she couldn’t lock her wardrobe. so she bought a new one, and happily padlocked her wardrobe shut. then she realised she lost the keys. so she had to call the technician to cut it open. the next day she buys a new padlock and locks the wardrobe and goes to class. upon returning, though, she tries to open the padlock but something inside it cracks so she can’t get it open. so i ask my dad if he can borrow a metal clipper thingy and bring it when hes picking me up. he says he can, but that it is huge and that he’d have to go up into the girls’ hostel to clip it. i say never mind, just bring it we can at least try. and when he brings it, its huge!i mean, its gotta be 1 meter long and is heavy. but the three of us (me, mom and zah) manage to clip that darn padlock open. Yaaay!!

i’m so shy its embarrassing. geez. my ears get all warm and my body feels warm one second, and cold the next…

maymuna aka nuna aka munmun is super cute!!!