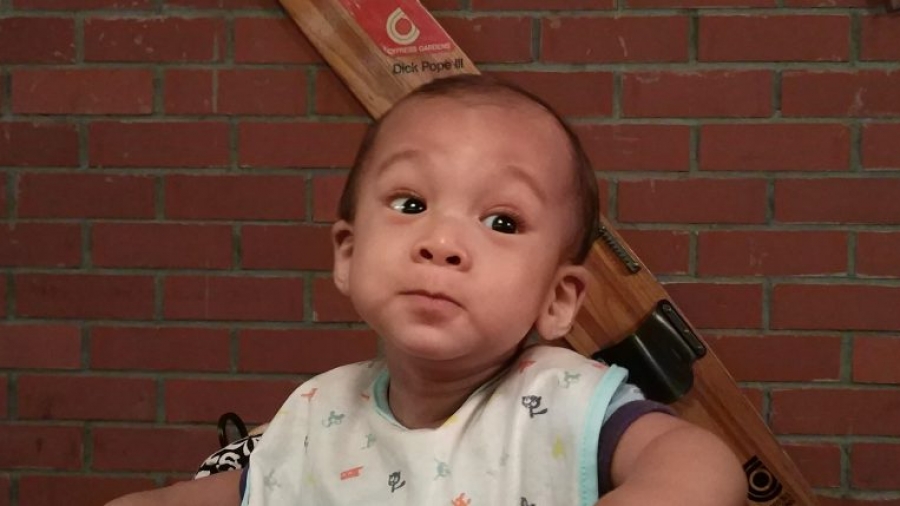 Eesa turned 1 last month, and for some reason he hasn’t been eating as much.  He used to be able to eat a whole bowl of oats for breakfast, and a full lunch and dinner meals, with snacks in between. but he caught a bad bout of coughing and ever since that he has been quite fussy with his food. There were even a few days when he refused to eat his all time favourite banana. It’s heartbreaking!

He does seem to have a preference for rice over any other food though. Lidah melayu like his dad I guess 🙂

I’m no whiz in the kitchen – Shafiq will attest tothe fact that he cooks more than I do. It’s just not something I really enjoy doing,

But with Eesa I had to strap on the apron and cook. At first it was pretty basic, single ingredient purees. Then as he grew and tastes developed I had to get creative, which meant basically throwing whatever was in the fridge into the pot. Alhamdulillah Eesa ate most of it with no fuss, even though to us adults my combinations would raise eyebrows, not to mention how horrible some of it looked. I guess it helped that Eesa couldn’t actually say anything hahaha!

Shafiq flew off to Bromo this morning for a 4 day bro-trip. After sending him to the KTM station I went back home and decided to make myself breakfast. Boiled the water for some oats and while trying to reach something in the overhead cupboard my thigh accidentally hit the boiling kettle. Ouch. Now i have thing angry deep red burn on my thigh :/

Then while cleaning out a thermos I decided to rinse it with hot water (I tend to do that a lot. Germs. yuck) I started to shake the closed thermos but I guess the lid wasn’t secure so hot water kinda spewed everywhere. Good thing it was in a very fine spray so I didn’t get burned twice in the same morning =.=

I seem to be getting clumsier by the day. Dropped my phone a few days ago and the screen cracked. A few weeks ago things kept on slipping through my fingers. Pills, rings, glasses, you name it. I think it has to do with the amount of lotions and oils I’ve been slathering all over myself.

Today you moved around a lot in the afternoon. Maybe you miss your daddy as much as I do :'(