It’s the 2nd week of the government imposed Movement Control Order. The Covid-19 cases are increasing exponentially worldwide, and Malaysia recorded it’s first few deaths too. The situation is definitely getting scarier, and is not helped by the fact that some people choose to flagrantly flout the MCO and still be outside unnecessarily. Honestly, what is their deal?? It’s also hard on those of us who have to fight tooth and nail to keep our parents isolated, indoors. Goodness knows they could be the stubbornest bunch of all. Anyways, here’s how things have been going on my end

Spent the morning discussing various work related things on Whatsapp and then waited for the PM’s announcement around lunch time.

The government announced that the MCO would be extended til 14th April. Although I was expecting this, and was happy as it was absolutely the right thing to do, I also couldn’t help but feel deflated. I think for the first week, the novelty of being at home with my family kept me in a kind of happy bubble. “2 weeks wasn’t that long anyway, right? Things would be back to normal in no time.” But the announcement definitely popped that bubble. And although my spirits are a bit dampened, I’m okay. I can’t imagine what people who are alone feel like. The ones who are far from their families. The ones who are not as fortunate as we are to have comfortable homes, stable income, sufficient food and enough entertainment to preoccupy us during these hard times. What kind of feels like a weird extended vacation at home for us, might feel like a prison sentence to others. May Allah help us all.

Shafiq’s shipment of plants came today, so we’ve added those to our little plant corner, which we’re still figuring out. Hope these babies thrive and don’t die on us! 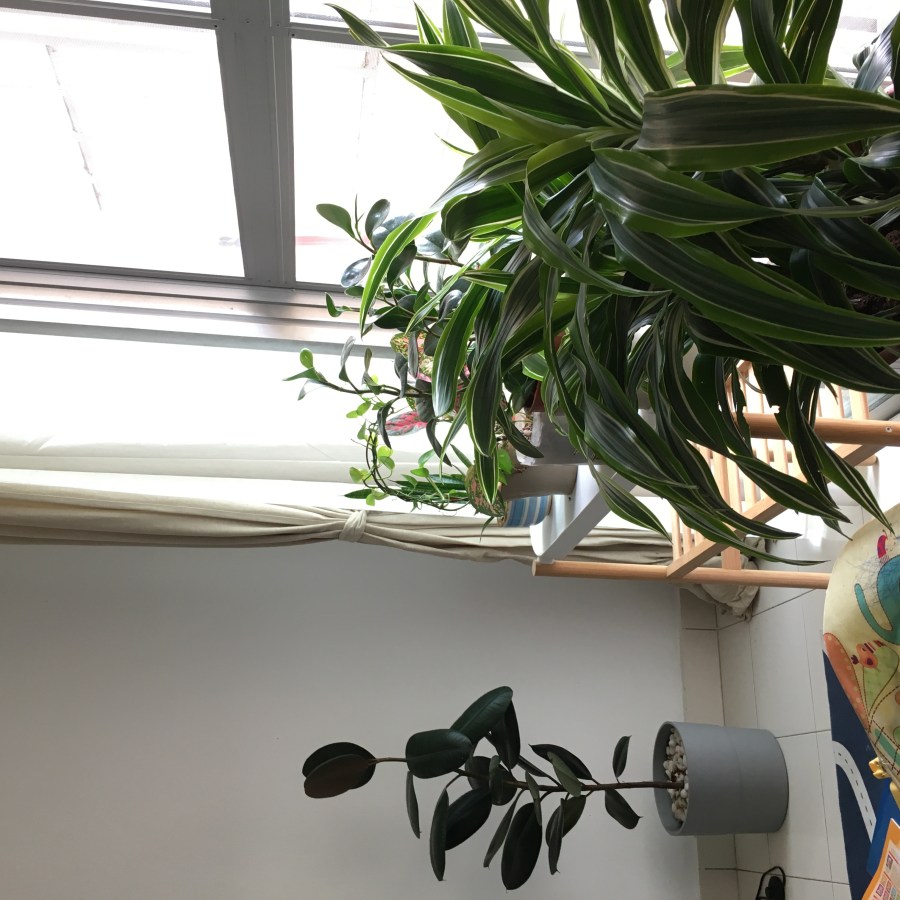 Made sup daging today. well, tried to anyway. I simmered the beef for what seemed like ages and it just refused to soften. Also my ratio was wayyyy off – it was more like potato and carrot soup with bits of beef in. Plus I made way too much. we ended up freezing more than half of it. Oh well. Live and learn.

Had a work meeting around 2pm so Shafiq made a quick lunch of nuggets and fried chicken for us. Got a decent amount of work in during the day. Shafiq went to the store to look for a few items, and asked if I wanted to go out and get some sun, as it had been more than a week since I last stepped out the front door. So I went for a tiny drive around the housing compound  in the late afternoon sun. Spent a good 15 minuted just sat in the car parked in our parking space listening to a random talkshow on the radio and pretending like everything was normal. It was much needed. Even the short walk from our car to the apartment I took reeeaaaaly slowly savoring the outdoors.

Came back and found Shafiq reorganising the store room, which he had been planning on doing for a few days now. So we spent the entire evening clearing out old boxes and sorting through junk. It felt good to get that off the list, and to have a more organised and trimmed down storage corner. Dinner was butter chicken and rice which Shafiq made. Really miss spicier food tho! Having kids with us and being too lazy to make 2 separate menus means we eat whatever the kids can eat, which means no cili. Alhamdulillah ala kulli hal.

Shafiq has been telling me to pick a PS4 game for myself so after a few days of research i narrowed it down to three. My criteria was quite simple – no violence/gore/etc2, nothing scary, and simple-ish gameplay. Also I like puzzles and adventure so I veered mostly in that direction. The three that I narrowed down were Journey, The Talos Principle, and The Witness. Shafiq wasn’t too keen on Journey – he said it looked boring. The Talos Principle he didn’t have much to comment on, but he did seem intrigued by The Witness. So we were all set to buy it but then saw it was for like RM170. Change of plans lol. Journey was only RM55. Since it was my first game I didn’t want to spend a lot of money and afterwards maybe discover that I didn’t like it, or the controls were too hard etc. So journey it was. But since it was already midnight, banking was offline so in the end tak beli pun zzzz.

Kids woke up early, as usual, and after breakfast of cereal and apples dipped in yogurt I showered the kids and did a morning workout. I clicked on a random low-impact cardio workout on youtube from TheBodyProject, and I have to say I quite like the instructor. He is relaxed and has just the right amount of humility mixed with encouragement. Managed to do the full video which I was quite proud of! Lunch was paratha made into roti tampal coutesy of Shafiq. Heated up the leftover soup I made from the other day and added more beef to it. I din’t want the beef to take forever to cook and still be liat, so i googled how to tenderize beef and tried velveting it using baking soda. Worked a treat! The revamped soup was good, although a bit too salty for my tastebuds.

Kind of a lazy Saturday. Slept in (well, as much as the kids let me) and had a breakfast of peanut butter and honey sandwiches. Was feeing very lethargic in the first half of the day, not sure if it was because I slept a bit late last night, or because I didn’t do my morning workout? Anyway. Spent a lot of the morning lying on the sofa. Shafiq has been craving nasi kandar/ kari mamak for a while so we decided to order lunch and dinner. I don’t know what I was expecting but the kari kambing was not what I had in mind – obviously it was kari mamak not kari melayu haha. I planned on washing all the curtains today, but like I said, lazy saturday, so I haven’t done that yet. Maybe tomorrow. Started playing Journey – I quite like it, the graphics are beautiful and the physics are quite realistic, but I’m not so sure about the gameplay. It seems a little simplistic, like there’s always something helping you out. I don’t know tho, I’ve only played up to chapter 3. We’ll see how it goes.

Finally got around to washing the curtains today, and hemmed them as well since they were too long. Accidentally hemmed one pair too short but oh well. Felt like eating cucur so I looked up a recipe, but after mixing everything, the batter seemed so thick. so i added more and more water but when I tried frying them, they basically turned into one big flat mess. So I had to add flour and more fish powder, basically doubling the recipe. Way too much cucur so we had those for lunch. hopefully will get around to cleaning the balconies today or tomorrow. But not sure about tomorrow since I plan on fasting. We’ll see how that goes too, inshaAllah