The Holidays have started and I intend to make the most of them. This week has been filled with activities, going out and socializing and meeting people and going places and doing things. not my average week, but definitely enjoyable 😀

A lot of uncertainty building up to the trip but boy was everything worth it. From ramai jadi sikit until I was the only girl then nego2 til there were 5 girls on board. I didn’t know what to expect from Perhentian, of course there are those glossy tourism pictures but I’ve been let down by advertorial images too many times to believe what I saw on the internet.

But Perhentian was really really breathtakingly beautiful Masha’Allah. Air macam lumion. And it was nice to not have to be the one organizing things, as I’m very prone to doing. can’t really help it…I just like making the most out of my travels. like when we went to Hong Kong and Melbourne, no one else seemed to know where they wanted to go but I researched the hell out of everything, and Alhamdulillah, both trips were quite enjoyable. But I digress.

Perhentian was delayed a few times, because the days leading up to it were jam-packed full of finishing up thesis reports and external portfolios and whatnot. Once we got going at 3am though, minus a small but scary hiccup early in the journey, we got there safe and sound. We stayed at Maya Chalet, and for our 3day 2 night package which included island transfers, snorkeling trip (equipment and boat) and accommodation, we only paid rm140, which was a total bargain.

Our chalet was on coral bay, the chill, quiet side of the island, good for food and chilling out, but for swimming and playing on the beach, a short trek across the island to Long Beach is recommended. Long Beach is kind of the party beach though, so by dusk it was starting to get rowdy with bars and loud music and dancing, so we made our way back to our little haven where it was jack Johnson and calm waves all night long. Mafia wars that night after dinner and for the first round I was the mafia, and in the second round I was the angel. Fun times.

The next day after a morning stroll on the beach with Puteri and breakfast of twiggies and roti potato on an upside-down kayak, we hung out on Mye’s balcony and had second breakfast, before getting our flippers on and heading out for our snorkeling trip. This was by far the best snorkeling trip I’ve ever ever been on. Felt like I was swimming in an aquarium, so so many different types of colorful fishes, coral, and even sea turtles! we went to the shark point but unfortunately I didn’t see any sharks since I was too scared of swimming near the rocks (takut terhempas dgn ombak). swimming was so tiring but so completely absorbing once you got into the rhythm of breathing and paddling and following fishes around.

After snorkeling for a few hours we headed back to our island and had lunch, and then had some rest before hanging out on the balcony again. towards the late afternoon we all decided to go explore one of the other beaches, a more remote one called Romantic Beach lol. It wasn’t that good for swimming since there were lots of sea cucumbers which kind of grossed me out. Didn’t want to step on those slimy things. so I just sat on the beach, borak2, chilllllllll~

That night we had a bbq dinner, and it was deeeeelicious! I had shark (of the non-endangered boleh jumpa kt giant variety) which was soft and succulent. Cheap too! RM15 for the bbq set which included a meat of your choice (barracuda, barramundi, squid, blue marlin, stingray, prawn, lobster, chicken, etc2), choice of dipping sauce, rice, big slice of juicy watermelon and pineapple, a slice of banana cake, and drinks. Nyummmms :-9

That night we played ‘kotak beracun’ which is kind of like a pre-prepared truth or dare + hot potato. It was hilarious and I definitely learned a lot heheh. The next day we packed up and after a last bit of pictures-taking, headed back to the mainland.

We stopped by Kuala Terengganu to buy keropok lekor at Kg. Losong and then Pasar Payang for a bit, then started on our journey back to KL, which turned out to be quite the adventure. Kak. Fiza’s car started acting up, or rather, wouldn’t start, so we jump started it but it kept on dying, even after driving. That happened a lot of times and nighttime was closing in, and they couldn’t turn on the headlights because the car would die and we took the kampung road so there weren’t any rest stops along the way. Managed to slowly drive in convoy to meet up with An’s uncle who bought a replacement battery in Kuantan, and after that the car was ok, Alhamdulillah. Eventually reached KL at 3am, just around the time we left 🙂


8 June – textbook meeting which I came late to because I was so tired. eh wait. that’s true but also because I had to go meet our course coordinator and receive the bad news (will talk about this later)

9 June – Helped Salmoon clean up their new house. Tiring. Then Haneef has been wanting to get his glasses made, and for some reason insisted on waiting until I was available to go with him, so we went. That night we went to Mariam Sano’s Henna party. Dance dance. Well not so much. haha

10 June – Went to clean up the studio while waiting for the studio mates yg nak pergi visit Jannah and her baby in Shah Alam. Convoy around 7 cars because everyone was going home straight afterwards. Stopped by Faiz/Yeop/Paih/Boss’s house first where it was like raya, makanan penuh satu meja, kuih raya bagai. Nyums. Ate til our stomachs were bursting then headed over to Jannah’s to coo and gush over baby Qurratul Hayah.

11 June – Finished cleaning up my stuff at the studio and loaded them up into the old Volvo, then makan2 and jalan2 at Wangsa Maju with the baby brother, then visited Yang at her house, chatted for quite a while, then drove brother home, then headed over to Ayesha’s for a surprise bday party bbq sleepover. Successfully manned the BBQ and it was the best bbq chicken I’ve ever had, hehehehe. Potato salad was scrumptious, and lots of laughs all around. Singing and eating and laughing, Good times. 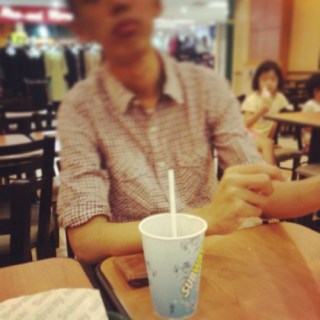 12 June – Went to UIA to settle some more stuff (more on that debacle later) then went back to Ayesha’s and just hung out. went to Dr. Cafe in the afternoon, then back to Ayesha’s for dinner (we call her house our holiday retreat. bliss!) then picked up my mom from work, and finally headed home where I finally got to talk to Muhsin who’s in Japan for three months, yay!

13 June – ran around doing errands and driving people around and then finally got to the initial plan of the day which was the long awaited DOCTOR WHO MARATHON finallyyy!!! Picked up some (fake) jammy dodgers, lychee soda, and fish fingers, drove over to Aziza’s and made custard and fried the fish fingers, and made the TARDIS blue drink. Fish fingers and custard was actually not that bad. an acquired taste perhaps. then it was time to catch up on the last 4 episodes of the season. OMG.

14 June – More driving people around and errands, had to save my mum from ISTAC because her car battery konked out. Felt extra manly this week because of the barbecues and driving and battery changing. Went to watch Man of Steel afterwards with Ilham, Nadiah and the Khatibs, can’t say I enjoyed the movie really. Actually felt quite bored.

15 June – Don’t know what got into me but I found myself in SS2 Mall early in the morning to attend an Improv Workshop held by AI:IA. Maybe because someone said it probably wasn’t my kind of thing I felt challenged:p maybe because I really was in the mood to try new things, maybe because the place was near food foundry and I’ve been wanting to get my hands on some mille crepe. I didn’t know what to expect at all, and came in to find people stretching like they were going to go for a run. erk. Turns out the stretching was a good idea because it turned out to be very..physical? I’m really glad I went though, it turned out to be really really fun and it was nice to meet new people and just be crazy with random strangers for a bit 😀 I enjoyed the last exercise the most, and apparently I was quite funny heehee ^_____^ Food Foundry afterwards where we split a smoked salmon sandwich and a pulled beef sandwich and ALMOND SALTED CARAMEL MILLE CREPE :9

16 June – lazy dayyyy~ Spent most of it either online, asleep, eating, or reading. Picked up ‘The Prisoner of Heaven’ around 2.30 and finished it (including an hour long nap in between) at 6.30. Good books really are too short oftentimes. played the flash version of portal after maghrib but got stuck on level 14. researched Japan and got :/ over how expensive it is, then chatted, then played Zelda: A Link to the Past but kept dying although I did make progress and got to fight the boss before dying again, battery of the gameboy micro was dying and it was late but I felt like writing, and here we are. 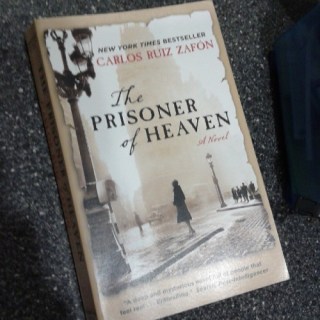 A fun, fulfilling, but very tiring week. it was awesome 🙂